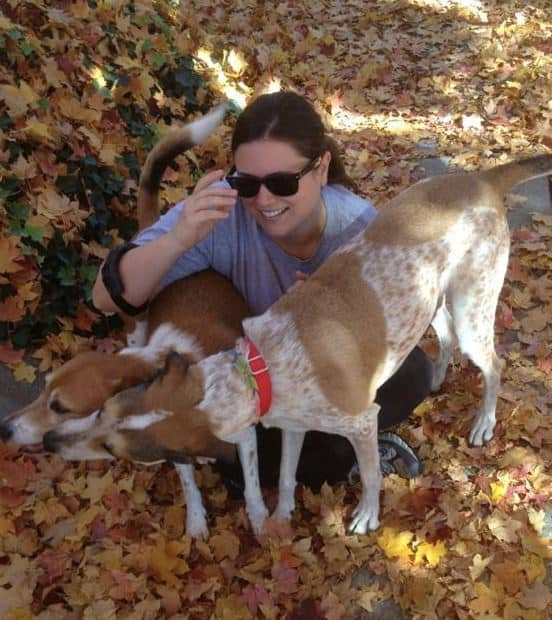 I am the author, plant-based cook, vegan activist, photographer, editor and travel lover behind the scenes here at Jen’s Vegan Kitchen.

I have been living a cruelty-free, vegan life since 2012. While I have watched the plant based / vegan world progress significantly since then, I did not listen to my instincts in my younger days when it wasn’t so easy.

I was a child who questioned everything. With these questions came conversations about what we were eating and where it came from. My first memory of cutting out an animal product was when I was around 7 years old. I learned what eggs were. Right then & there, I said, “no more!”

…that would have been for scrambled eggs. My head didn’t register that my favorite blueberry muffins also contained them.

I call it meat & potato land because that’s what we primarily ate. Cubed Steak with mashed potatoes, corn & peas was a staple in my house. So while I had the instincts to not eat meat–it didn’t make sense to me that we would kill an animal for our pleasure–I also turned a blind eye to it 80% of the time. The other 20%, that part that nagged me, ate it while also slightly gagging inside. I did not know that my body could literally live without meat. I did not know anybody who was a vegetarian let alone a vegan!

My husband and I took a beach vacation over a weekend. On our way, we stopped at CVS to pick up a few items. I was scanning over the book section when the title, “Skinny Bitch,” caught my eye. It had been published in 2005 but was just then catching some media attention. I had heard of it but did not realize what it was about.

That 2008 beach weekend changed my life. I immediately stopped eating meat. I desperately wanted to stop eating dairy and even tried for periods of time. Eating 100% Vegan did not start until 2012.

In April 2012, I did a 20 day juice fast after watching the documentary, Fat Sick and Nearly Dead.” THIS is how I cleansed my body of dairy and have not consumed it since.

My journey from 2012 thru 2019 was always consistent in my vegan beliefs and in fact grew as I continued to learn. My husband even switched to 100% plant based in 2018.

In regards to the style of cooking I do,

I am educated in every way to cook as a vegan:

…and whatever a regular vegan would consist of. Predominantly healthy but with a little junk. 😉

I love to experiment with all spices from the many different cuisines across the world. You will see familiar meals but also ones where I have stepped outside of the box and got creative.

In December 2019, I graduated with a Certification in Plant-Based Cooking from Rouxbe and am currently studying Fermented Cheesemaking.

Whether it’s a breakfast casserole, an easy lunch, dinner or party ideas, my hope is you feel inspired by the recipes I share with you.

“I am one person being the change I want to see in the world.”

Hi, I'm Jen!
I am the author, plant-based cook, vegan activist, doggy mom, and travel lover behind the scenes here at Jen's Vegan Eats. I have been living this cruelty-free, vegan life since 2012, and studied plant based cooking from Rouxbe; receiving my certification in December 2019.